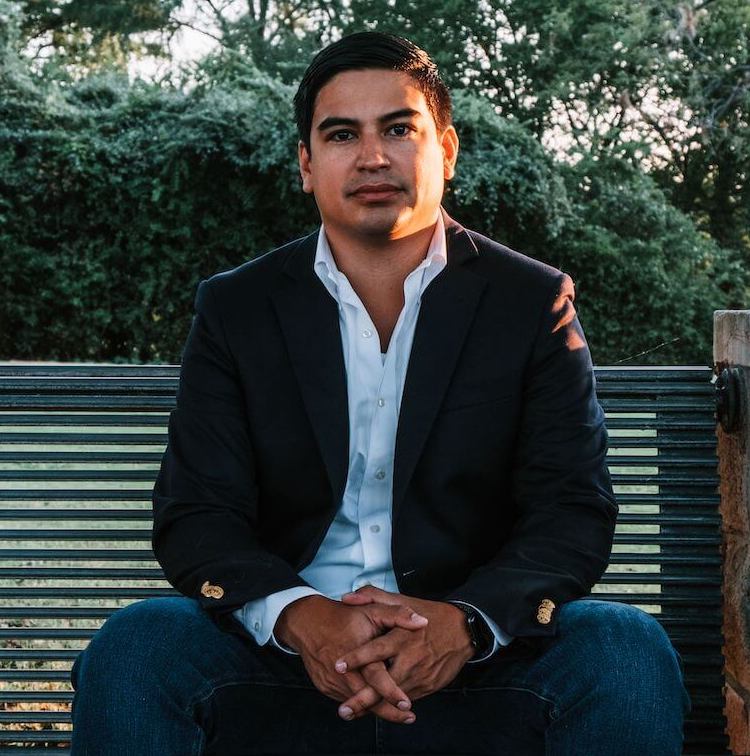 Adrian Resendez grew up in Houston, Texas and moved to Villahermosa, Mexico and Maracaibo, Venezuela where he learned to speak, read, and write Spanish. He attended the University of Texas at Austin on scholarship and graduated in two and a half years with a double major degree. He then attended Texas A&M School of Law focusing on intellectual property, international business, and immigration.

In his legal practice, Adrian concentrates in the areas of immigration, business, and intellectual property, devoting himself to effectively counseling and communicating with each of his clients.

Outside of the office, Adrian enjoys following his favorite sports teams, spending time with his dogs, and traveling the world with his wife Lexi.

Adrian is licensed and admitted to practice law in the State of Texas.

Health Information Technology Certification from the University of Texas at Austin

“Adrian took care of every detail on my immigration case. My family and I are very satisfied with the results and the service he offers. He was always very knowledgeable updating us about new notices and answering our questions. It was our pleasure working with Adrian. Based upon our experience, we would definitely recommend Adrian to anyone needing a highly experienced attorney in immigration matters.”

“Adrian, is a colleague of mine in the Austin legal community and somebody I sincerely highly respect in the legal world.”

our focus is you

The attorneys and staff at Brough & Resendez PLLC take the time to fully understand the needs of our clients.  Our professionals understand the challenges that businesses and individuals face and are equipped to assist with complex business and real estate transactions, estate planning, probate, immigration, intellectual property, and guardianship cases.

We look forward to treating you as part of our family and in representing you in the same way we would expect to be represented.

Brough & Resendez is a law firm located in Austin, Texas dedicated to serving individuals, families, businesses, and investors in the areas of business/corporat

We’re thrilled to share that Trent was sworn into the #NewYorkBar this week! He is officially licensed to practice in multiple states. Congratulations on this exciting accomplishment, Trent!

Happy New Year from all of us at Brough & Resendez! We're looking forward to another great year of helping individuals, families, and businesses across Texas.

Always keeping an eye out for Santa! 🎅🐕 Merry Christmas! 🎄

We're thrilled to share that Adrian has been named an Austin Top Attorney 2022 in the ‘Immigration’ category by @Austin_Monthly! 🙌⚖️

Pick up a copy of their November/December issue that is on stands now or see the feature online: http://www.austinmonthly.com/austins-top-attorneys-2022/

We are so thankful for our team, families, friends, and clients! We hope you all had a wonderful Thanksgiving filled with plenty of desserts.

We are excited to announce that Adrian Resendez has been named one of Austin's Top Immigration Attorney's 2020 by Austin Monthly Magazine. Austin Monthly stated in their post, "if you need legal expertise, put your trust in one of these 258 lawyers in 38 specialties...

As of February 24th, 2020, all immediate family based (including marriage and beneficiaries that are parents of US citizens 21 years or older) must file the form I-944 Declaration of Self Sufficiency (https://www.uscis.gov/i-944) with any I-485 Adjustment of Status...